Ask Joseph Warren and he will tell you outright, “hospitality is not just learned, but rather it is something innate that exists inside you.” Accordingly, Joseph has always strived to practice what his mother taught him…to be a gentleman and treat people the way you yourself want to be treated.

Born in the remote town of Linden, Texas, where the homes were equipped not with bathrooms but with outhouses, and the nearest neighbors were so far away you could fire off a shot gun and no one would hear it, Joseph, an African-American gentleman now in his fifties, was no stranger to hardship growing up. Raised by a single mother and the youngest of 12, Joseph never knew his paternal father and lost two of his siblings, one of whom died in early childhood when he was just an infant himself. When Joseph was just three, his family moved from Texas to California and they settled in Pomona. A true pillar and a rock, his mom (affectionately known as “Granny Goose”) worked hard, doing domestic work and whatever she could to maintain the house. At age nine, Joseph’s mom remarried and shortly after that his step father took him under his wing and gave him his first job, painting houses to help support the family. It was from his mom and his step dad that Joseph attributes his strong work ethic today. 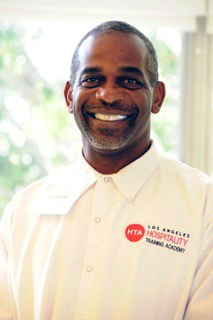 Joseph Warren’s HTA Success Story As a young man, Joseph attended the College of Siskiyous in Weed, CA, near Mt. Shasta, and graduated with a degree in business management. Shortly thereafter, the first of his children were born and the dynamics of Joseph’s life changed completely. Needing to do what had to be done to get by, provide for his family and keep his kids in school, Joseph found himself moving in a lot of different directions career-wise over the years. This included working as a cardiology technician for Cigna Health Plan and Kaiser Permanente, providing administrative support for a law firm, and even opening up his own business, Re-Con Decorating — a clean-up company for interior and exterior construction projects for residential and commercial properties that he operated on and off throughout the years. In the midst of all of this, however, Joseph was also struggling with alcohol abuse and this led to what he terms as “the start of his downfall” and some very hard times. In October of 2003, though, Joseph made a conscience decision to take back control of his life. He joined AAA, and since that day 12 years ago, has not had another drink. Determined now to be a beacon of hope to others going through similar hardships, Joseph focused his efforts on running Re-Con Decorating, his business, full-time. Sadly, despite all of his work, hard times fell on Joseph again; and, with the untimely death of his daughter, which took a great toll on him physically, emotionally and financially, he found himself in need of public assistance.

It was during this time that Joseph learned about the Hospitality Training Academy (HTA) and its Room Attendant Training Program. Joseph was working with a social worker at the welfare office but had exhausted all of his resources and was actively looking for a job. That’s when, during one of his regular meetings, the social worker pulled a flyer off a bulletin board announcing an upcoming information and recruitment session to be held by the HTA at Southeast Los Angeles WorkSource Center, operated by Watts Labor Community Action Center (WLCAC). This is one of the City of Los Angeles seventeen WorkSource Centers/America’s Job Centers of California. As the Room Attendant Training Program seemed to touch on the things Joseph loved most — fixing things and creating and helping others, Joseph’s interest was piqued and he decided to go to WLCAC to check out the HTA program for himself. It was there that he enrolled at the Southeast LA WorkSource Center, met Cathy Youngblood, a long-time Room Attendant at the Hyatt Andaz, an organizer for the UNITE HERE Local 11 labor union, and one of the HTA’s Training Instructors. That did the trick. He was instantly sold on the program.

Learn more about the Los Angeles Hospitality Training Academy Although there were well over a hundred applicants for the class, Joseph made it his business to campaign hard for a spot in the program. His efforts paid off. In April 2015, Joseph took his place as one of the first 20 students in the HTA’s inaugural Room Attendant Training Class. The intensive 3-week program, which met Mondays through Fridays from 9 a.m. to 4 p.m., trained Joseph on the many ins and outs of working in the housekeeping department of a busy, high-end union hotel. Learning from industry insiders with real job experience, he gained the insights needed to successfully find employment and launch a career in hospitality. As part of the class, Joseph really distinguished himself as a leader: making it a point to show up early to class each day ready and willing to learn; asking questions and doing whatever was requested of him; taking advantage of any opportunity to interact with the instructors and offer assistance to his fellow students; and making it a point to introduce himself and let it be known to hotel management and human resource executives visiting the class that he wanted a job as a Room Attendant at their property and was willing to do whatever it took to break into the industry and work for them.

Sign up to join the Hospitality Training Academy's Housekeeper/Room Attendant Program Exuding great customer service, confidence and a winning attitude, Joseph succeeded at impressing everyone he met. Accordingly, within a few short weeks of graduating the program, he was hired as a Room Attendant by The Beverly Hilton Hotel in June, 2015. While Joseph reports that the work of being responsible for cleaning 11 rooms a day in all forms of disarray has been among some of the most physically challenging work he has ever been asked to do, he reports that the HTA prepared him well for the job and, over time, has grown more and more comfortable at work, is taking on more responsibilities and is becoming increasingly proficient at his job.

To date, Joseph has been working at the hotel for six months. He is now a full-fledged UNITE HERE Local 11 union member, making a good union wage, and has full health and dental coverage for himself and his family. He is proud that he is learning something every day and his hard work and sacrifices over the years are definitely paying off as. In October, 2015, Joseph was promoted to the position of Houseman.

A true favorite among guests and a real team player, Joseph has been commended by the hotel for his etiquette and manner in dealing with guests. In fact, at a recent staff meeting, Joseph’s supervisor shared a complimentary letter that management received from an older woman who was staying at the hotel and wanted to thank Joseph for taking the time to help her open up some cosmetic bottles that she was having trouble. Joseph’s Supervisor was quick to point out that housemen usually do not get this particular kind of recognition and that this was a big deal and something that the entire department needed to stop and take note of. To Joseph, it was another affirmation that if you treat people the way they wanted to be treated, you will be treated well in return.

There is no doubt that Joseph represents the epitome of hospitality and he has big ambitions for himself within his new career. Through hard work and a winning attitude, Joseph is confident that he will continue to prove his abilities over time and show hotel management that he can fit within and open many doors at Hilton Worldwide, even possibly filling a role for the company nationally or internationally. A true mover and shaker, the HTA believes Joseph is well on his way. 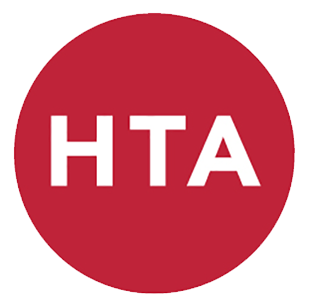